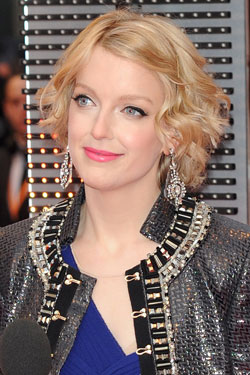 Lauren Laverne has announced on the radio that she is pregnant with her second child!

She revealed the news this morning on her 6Music show, and has thanked fans for their congratulations on Twitter, saying:

Thanks so much for lovely congratulations - it's all very exciting, although it does feel a touch odd telling the world on the radio!

This will be the second child for Lauren and hubby Graeme Fisher, who already have a son called Fergus James, who was born in 2007.

Congratulations to the family!

Celebrity Interviews
Halsey on Letting Go of the Expectations She Had For Pregnancy: "I Didn't Take My Prenatals"
by Alessia Santoro 3 weeks ago

Justin Ervin
Ashley Graham and Justin Ervin Are Expecting Baby No. 2! See the Gorgeous Announcement
by Alessia Santoro 3 weeks ago