Stars of the stage attended the Laurence Olivier Awards at London's Grosvenor House Hotel last night, which was streamed live online. Keira Knightley and her boyfriend Rupert Friend joined stars like Jude Law to present awards, while Rachel Weisz was amongst the winners. She was named best actress for her performance in A Streetcar Named Desire, following her win at the Critics' Circle Theatre Awards in January. Melanie Chisholm looked stylish in her black dress, but she remained just a nominee rather than a winner. Her fellow nominee lunch attendee Hayley Atwell also went for a black dress and she too went home empty handed. Check out the full list of winners after the jump, as well as loads more pictures. 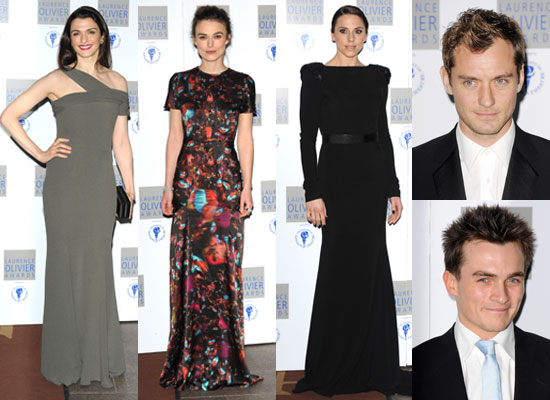