Pretty in pink Leona Lewis held her BlackBerry as she arrived for a flight out of Los Angeles Airport yesterday, her big smiles putting paid to those rumours of problems with her boyfriend. The third richest reality TV star in the UK is continuing to make her mark in the States. Barack Obama invited her to dinner at the White House, but she declined the offer as it clashed with her studio time recording her second album in LA. Jordin Sparks is also a fan, saying: 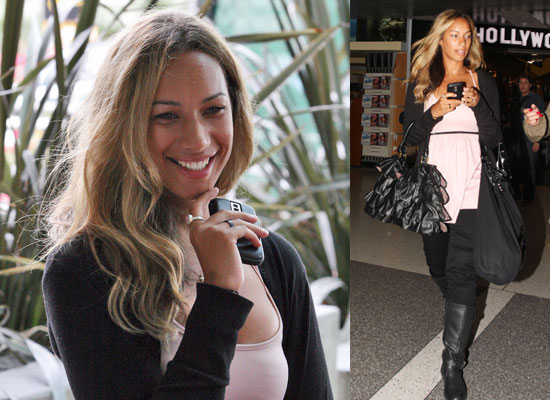 Would you be interested in a Leona and Jordin duet?