Leona Lewis looked gorgeous as she posed in New York City ahead of her appearance on Late Show with David Letterman this week. Alexandra Burke may have broken Leona's record for the UK's fastest selling download single, but "Run" is still top of the singles chart this week. Leona may not have won the PopUK title of favourite British export of 2008, but she's gaining recognition elsewhere, with Chris Martin saying she's "phenomenal", and Billboard magazine naming her their Top New Artist of the Year. She's also fifth best-selling artist worldwide, and "Bleeding Love" was 2008's best-selling single. Let's hope Leona continues to conquer in 2009! 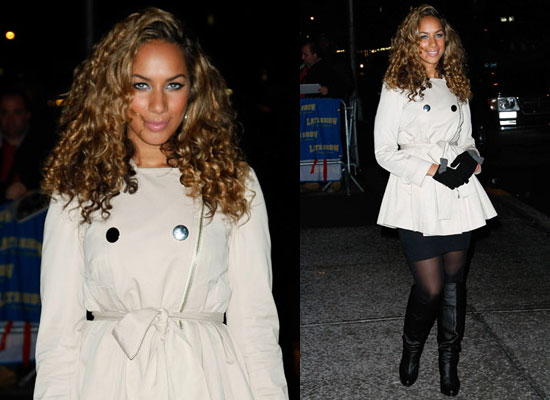