Leona Lewis enjoyed a shopping spree in the LA sunshine this week, stocking up on goodies from various boutiques. Life is treating Leona pretty well at the moment: as if nabbing Chace Crawford to star in the video for new single "I Will Be" wasn't manjoyment enough, Leona has got another Hollywood hunk involved in her music. According to reports, she is set to record "I Will Always Love You" with Justin Timberlake in the next few months. Justin will also reportedly work with Leona on her second album, and Timbaland is also apparently on board too. No doubt we'll get to read all about it when Leona's autobiography is released in October. 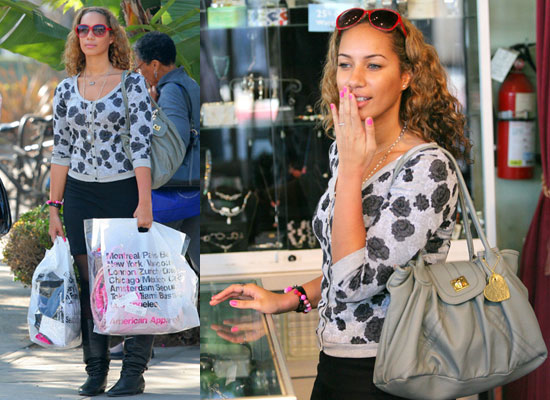