Leona Lewis looked cute with a bow in her hair at the Tribute To Bambi charity event in Germany yesterday. Leona's also been busy in Cape Town, filming the video for her cover of Snow Patrol's "Run", which will be released as a download on 30 November. With plans for an affordable line of non-leather bags and shoes, and rumours that she'll be performing alongside Beyonce and Jay-Z at Barack Obama’s inauguration ceremony in January, it's great to see that Leona's star is continuing to soar. If you love Leona's look, head over to my girl FabUK to find out how to steal her style. 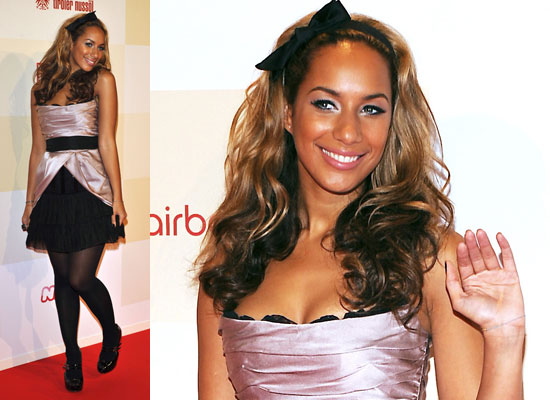