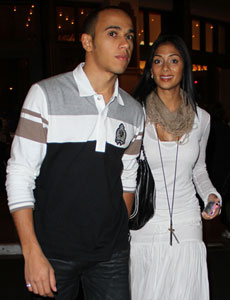 Lewis Hamilton and Nicole Scherzinger have announced they have split up. A statement from their spokesman confirmed:

"They have decided to go their separate ways. They want to focus fully on their careers and will remain close friends."

The couple met in Munich at the MTV Europe Music Awards in November 2007 and started dating the following year. Pussycat Doll Nicole was often seen supporting Lewis at his Formula One races, and racing driver Lewis was a regular attendee at Nicole's performances.