Lily performed at G.A.Y at the weekend, wearing something approaching a sailor's outfit and confidently showing off her bum to the audience! She was showing skin and celebrating early as her single "The Fear" went in at number one in the UK singles charts, cementing her musical comeback — it's fab to see her back doing her job and doing it well. She spoke to the Telegraph magazine recently in a fascinating interview, here's a little of what she revealed: 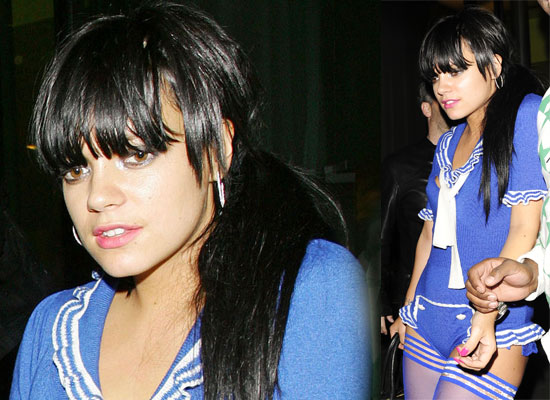 To read what Lily had to say about hanging out with Joe Strummer at Glastonbury, and her relationship with her mother, just read more.