Lily Allen arrived in Paris yesterday by Eurostar, stepping off the train and lighting up a cigarette almost immediately. She looked a little tired after all the traveling, with her pillow and blanket in her arms, but who wouldn't be? Later in the day she stepped out in Paris wearing the same clothes, but looking much more refreshed after getting her hair done. She tweeted, "I'm not feeling my outfit today." and said she'll be returning on Saturday, before flying to Japan on Tuesday, and then on to Australia for her Neighbours cameo appearance — what a jetsetting life she leads! 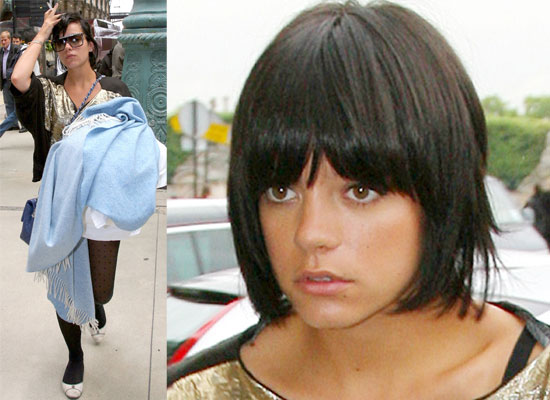