Lily Allen went floor length and fabulous in a gorgeous blue dress for her evening at Automat in London last night. Since she's been back in her home town, Lily's been eating out at fancy restaurants and spending time with friends. One person Lily is not interested in making friends with is former Russian Premier Vladimir Putin. Her showcase in Saint Petersburg in 2007 was cancelled because Putin was attending a fight nearby, and Lily still bears a grudge: 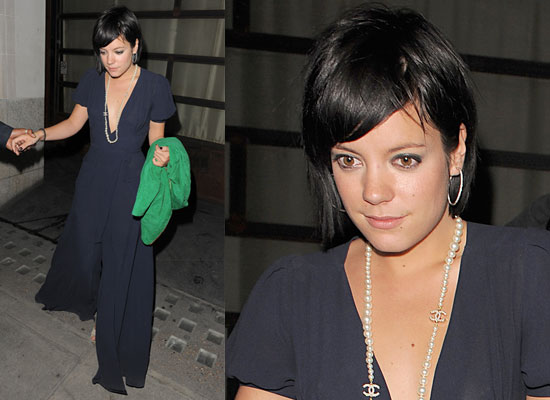 Sounds like once you cross Lily, there's no going back.