Lily Allen swapped her interesting jewellery for a couple of colourful outfits as she moved from the Gold Coast leg of Big Day Out to the two-day Sydney leg of the music festival. Having revealed quite a bit of flesh during another gig in the city last week, Lily has now revealed a personal wish, telling her audience: "I want to have a baby. I'm not saying I'm pregnant now. Shut up, Lily." She's spoken about her move to the country, so perhaps after her performance at the Brits next month she'll be ready to start a family during her time off from music. 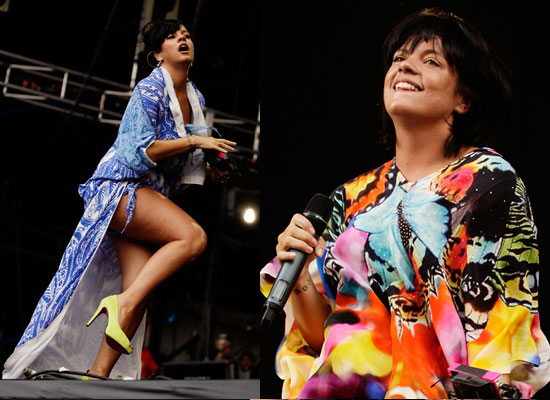 To see more pictures of Lily on stage Down Under, just read more.