A lucky group of Lily Allen fans were treated to a show by the singer yesterday as part of the run of MySpace Secret Shows! Fans were instructed by Lily to dress up in costumes inspired by London Tube Stations and congregate at the Portobello Market Tent where they waited to be led to the venue. When Lily took to the stage at the Tabernacle she was dressed up as Queen Victoria — after Victoria tube station — and sang a set of her old and new hits to an audience dressed up in all kinds of costumes. It looks like such a fun night! 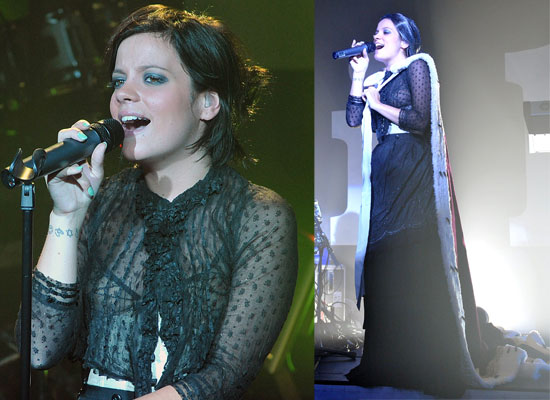 To see more photos of Lily at her show, just read more.