Lily Allen has donned a blonde wig for the cover of Elle UK's October issue, which is celebrating 25 years of London Fashion Week. Rankin's photoshoot, called "The Designer Remix", sees Lily take on different looks created by seven London designers, including Giles Deacon, Richard Nicholl and Luella Bartley: check out behind the scenes footage. In the interview, Lily talks about style, gigs and the future. Here are the highlights: 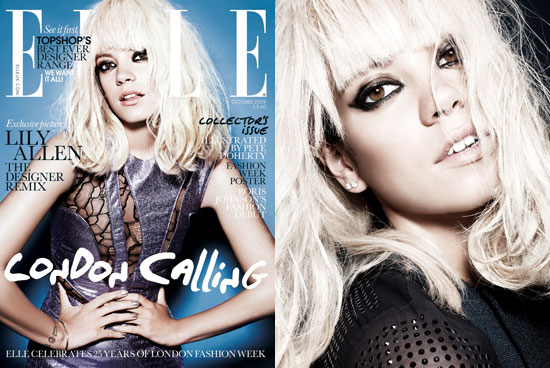 Would you be disappointed if Lily gave up music? You can read the full interview in the October issue of Elle, which goes on sale on Wednesday 2nd September.