Lily Allen, in her long sleek hairdo, looked like she was having a lovely time filming her new music video in Bedfordshire. She certainly seemed happier surrounded by those balloons than when she was strolling around London this week. I expect the grin on her face will get even bigger today, as the singer is amongst those lucky few who got an invite to the extravagant opening ceremony for the Atlantis Hotel in Dubai. Lily will get to party alongside Robert De Niro, Denzel Washington and Janet Jackson and watch Kylie Minogue perform a private concert on the waterfront. Jealous much? 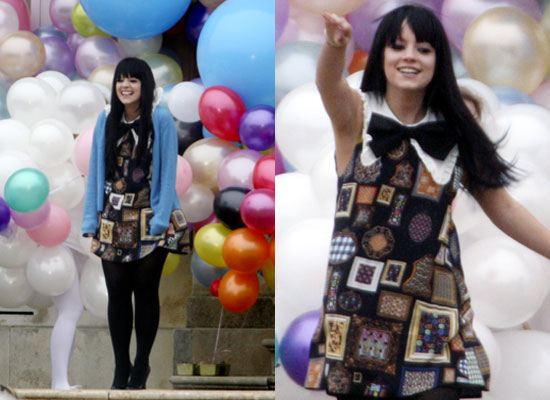