It looks like Lily Allen couldn't decide which outfit to choose for GQ's 20th Anniversary Party last night, so she wore both! The smiling singer made sure her makeup matched both dresses by teaming her black-rimmed eyes with bright pink lips: Bella UK wants to know do you love or hate her look? Although she had a small wardrobe malfunction, Lily didn't let a hole in her tights ruin the night. With such a a busy 2009 on the cards, including her album release on 9 Feb., a tour, and a second series of Lily Allen & Friends, it's no wonder Lily's taking advantage of party time while she still can. 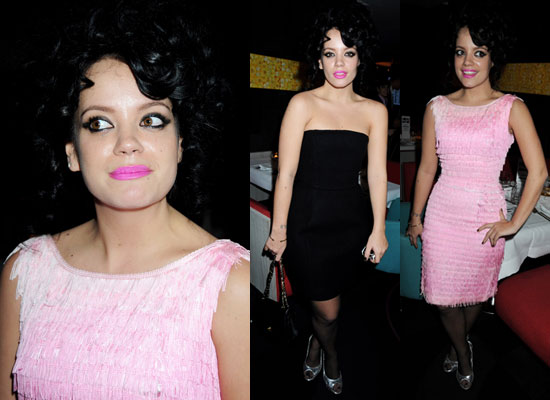 CelebrityLily Allen
Around The Web