Lily Allen cosied up in a grey jumper dress as she went out in town with buddy Nick Grimshaw last night, and it's been revealed that she'll be getting some rather colourful gifts this Christmas. Her friend (and her brother Alfie's lady) Jaime Winstone picked up some presents for Lily at the Ann Summers party she attended earlier in the week rather naughtily saying, “It isn’t just Santa who comes once a year.” Ooh er, looks like single lady Lily will be having an enjoyable festive season! 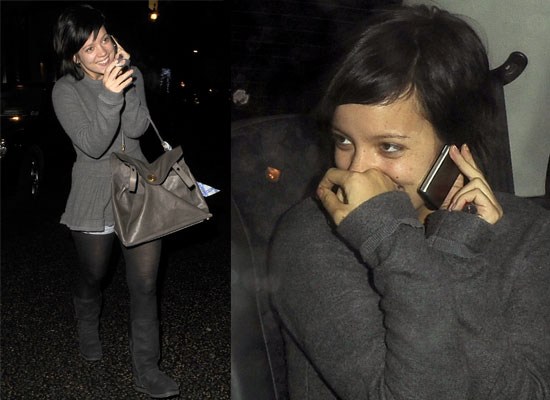