Lily Allen flew into Heathrow airport yesterday following her fun in St Barths with friends and romantic moments with older man Jay Jopling. She was full of smiles as she walked through the airport, her only concession to the cold British weather being tights under her denim shorts — that's probably why she picked up a hot drink too! Lily's also been announced as a guest host on Zane Lowe's Radio 1 show while he's is away. Damon Albarn, The Prodigy and Jimmy Carr are also among the guest hosts covering Zane's two week holiday. Will you be tuning in? 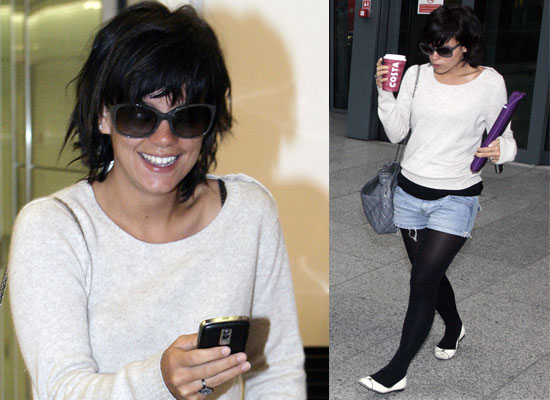