Lily Allen continued her publicity trip around North America, moving on from TV appearances in Canada to the Bowery Ballroom in New York City for the first of her MySpace Secret Show series. The singer gave a shout out to her "favourite singer" Britney Spears before launching in to "Womanizer" in the encore, wearing black gloves with her red dress. She's been chatting about the cost of her wardrobe, admitting she spent £100,000 on clothes last year. Wowzers. With her single "The Fear" on track to keep the number one spot, and her album It's Not Me, It's You expected to debut in first position, Lily's looking at a chart double this Sunday. 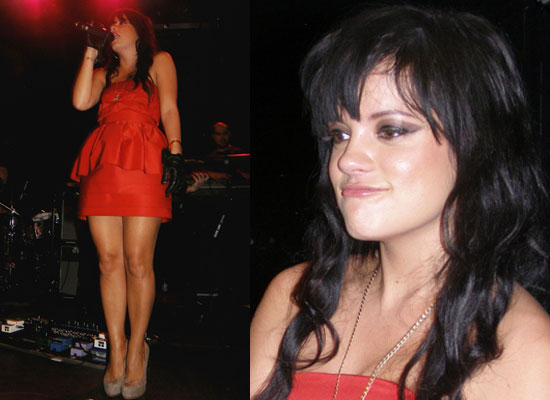