Having spent a lot of time in the States recently, Lily Allen was back on home territory last night, looking cute in a beanie as she left Nobu on London's Park Lane. As well as unveiling her eight UK tour dates scheduled for November, Lily has also been named a headline act at the Exit Festival alongside Arctic Monkeys in Serbia in July. Even when she's concentrating on her music, Lily still finds time for marriage proposals and expensive food fights. I wouldn't expect any different from one of our most entertaining singers. 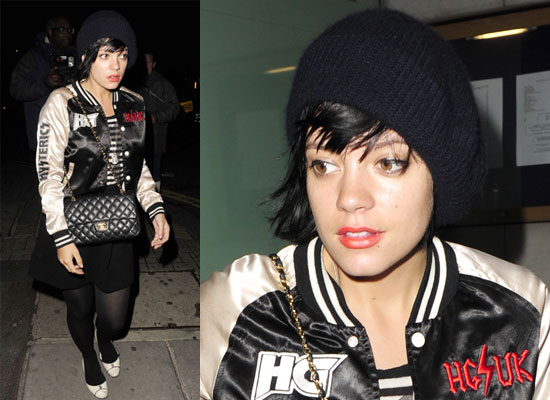