Lily Allen wore a hat and glittery makeup as she performed at the O2 Arena in Dublin last night. She'll be back in London by the weekend to perform on Strictly Come Dancing, and has agreed edit out the rude parts of "Not Fair" to make the song appropriate for the family show: is Strictly your favourite reality series of 2009? In addition to taking time out from music, Lily is also apparently moving to the Cotswolds, and she'll no doubt be grateful for some peace and quiet in the countryside, as her sister's birthday meal turned sour in a London pub at the weekend when another group reportedly got aggressive towards her family. Lily's music was amongst the biggest selling of the year, but is she your favourite British singer of 2009? 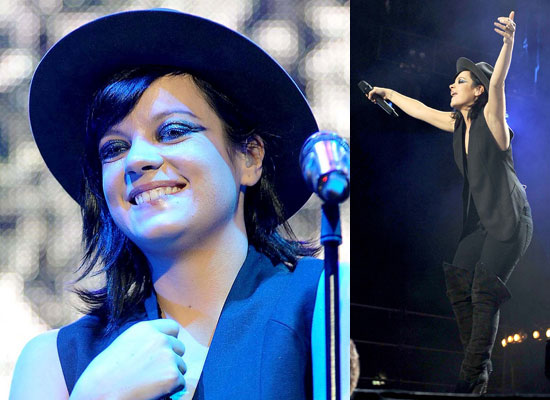