Lily Allen was at the pub yesterday with her friends, fooling around with musical instruments and having some very animated conversations! I love those platform gladiator sandals that she's wearing, they're fab! Lily's been working hard lately while touring, and performed on Later... with Jools Holland recently, you can check out her performance of "Not Fair" — with its rather amusing cheeky lyrics - under the cut! What do you think of the song? 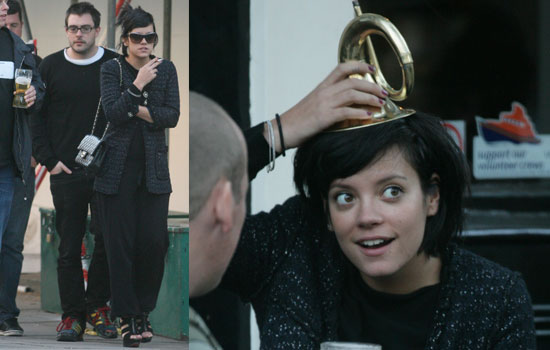 To see Lily's performance of "Not Fair" on Later... With Jools Holland, just read more.