Lily Allen is continuing her US tour at the moment and has started making some appearances on more American TV shows to promote her album and shows. This week she's appeared on The View — a show similar to the UK's Loose Women — to talk about her spats with paparazzi, her outspoken nature and her career. Check out her appearance under the cut! While she may be abroad right now, fans closer to Lily's home have a new chance to see her live too, as she'll be playing a concert at London's open air Somerset House in July. Tickets go on sale tomorrow, and you can catch up with Lily's upcoming international dates on myspace! 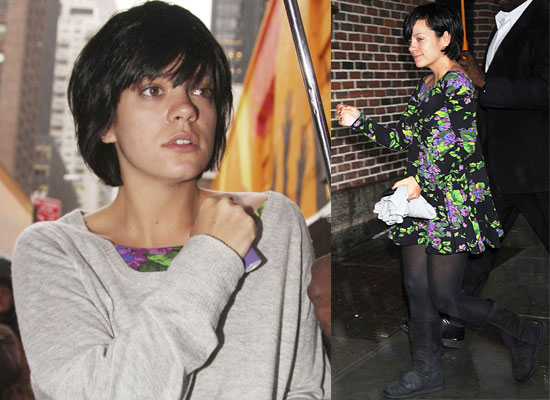 To see Lily's appearance on The View, just read more.