It's an exciting time for Lily Allen right now, and that was shown in the huge grin on her face as she stepped out in London yesterday. She announced her latest UK tour a couple of days ago, and the tickets went on sale for all the dates this morning. The tour kicks off in Glasgow in March, and finishes back in London at the end of that month. Lily's also spoken out on the hot topic in the UK right now — The X Factor — she supported birthday girl Britney Spears' performance on the show at the weekend on Scott Mills' show on Radio 1, and blogged about how unfair she thought it was that Ruth Lorenzo left, with a subtle dig at Diana Vickers. Everyone's talking about it! 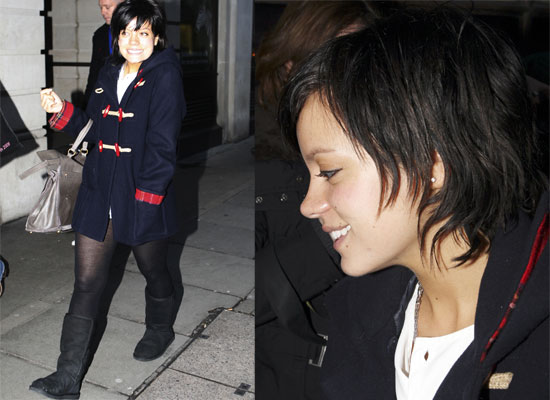