Lily Allen continued her UK tour with a gig at Shepherd's Bush Empire in London last night. She had famous friends like Kate Moss in the audience to cheer her on as she debuted yet another new haircut. My girl Bella UK wants to know do you love or hate her new round bob? Lily's keeping her eye on future performances too, and has been announced as the headline act at Bestival, joining Kraftwerk and Massive Attack on the Isle of Wight in September. 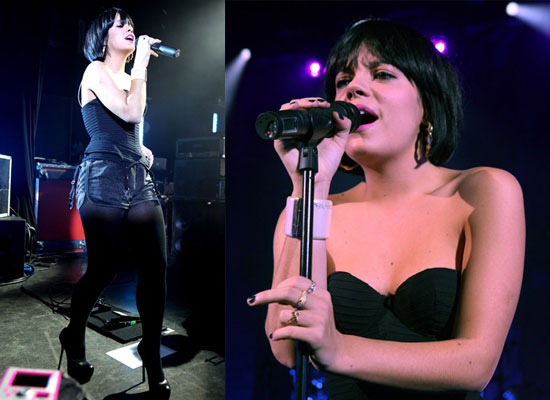