Lily Allen was out in the cold weather in London this morning, as she popped to the shops and then headed to Radio Two. Never one to blend in completely, she was wearing an enormous fur Prada hat with her outfit, what do you think of it? On January 28 she'll make her live comeback in a gig at the Koko in Camden, before her album It's Not Me, It's You comes out on February 9. The album's getting some fab reviews, with the Observer Music Monthly giving it five stars so hopefully her music instead of her personal life will be back in the spotlight soon! 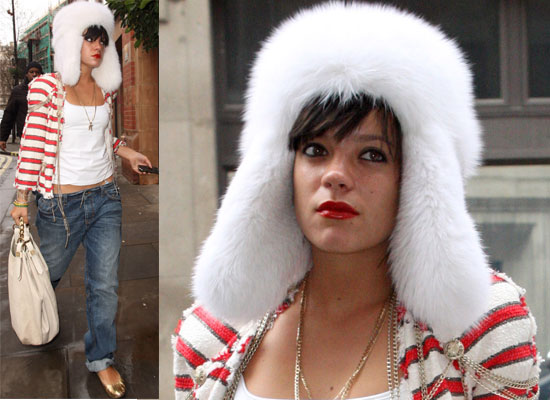