On November 10, Lily Allen will appear on Five soap Neighbours when her cameo appearance on the show airs in the UK. She plays herself in a scene at PirateNet radio station where she talks to Zeke Kinski about her new single "22" and performs it, while Karl Kennedy drops by to meet the star. Last week I showed you a clip of the scene, and now here's some photos from her day on set, from filming to posing with the cast around a Ramsay St sign! Lucky Lily — will you be watching her appearance? 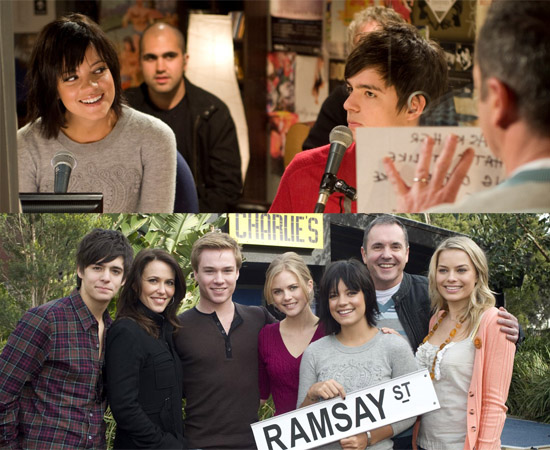