Lily Allen performed at the Heineken Music Hall in Amsterdam over the weekend, having flouted French laws during an earlier performance by smoking on stage in Paris. She wore her trademark sparkly eye makeup: my girl BellaUK has got the lowdown on how to get her look for Halloween. Lily's also finding time to house hunt in the countryside and encourage youngsters to get involved with cricket, and she's following Amy Winehouse's lead by signing up to appear on Strictly Come Dancing, as have Rod Stewart, Mariah Carey and Bette Midler. The majority of you love her new single, so will you tune in to watch Lily on Strictly? 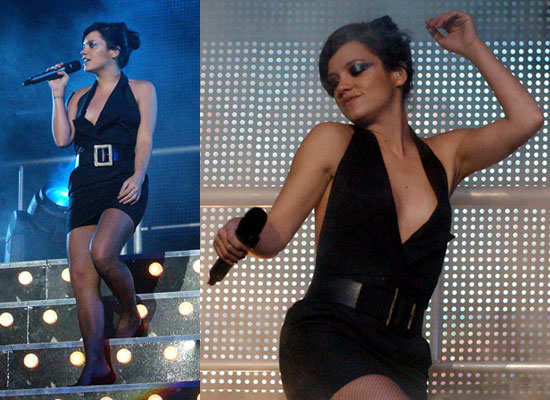