Lily Allen was all sparkly as she performed at he Sziget Festival in Budapest, which she called a "wicked gig". She's also taken to Twitter in an attempt to sell her watch, saying "its too big for me". While one romantic encounter ended for Lily after it was revealed her kissing partner was already married, it looks like Lily's continuing with another relationship. During her short stopover in London, Lily was spotted with rumoured new love interest Sam Cooper. With so many gigs and possible TV projects on the go, it's a wonder Lily finds time for romance. 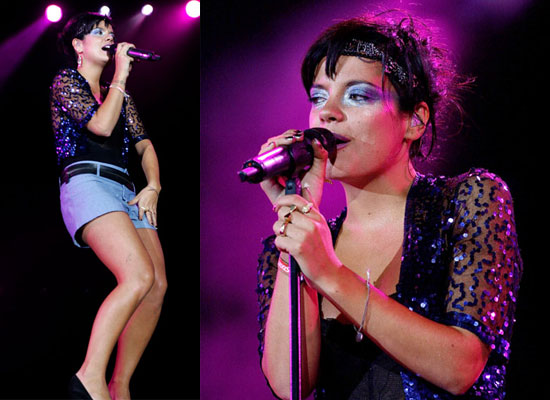