After performing in Sydney and Queensland, Lily Allen swapped her spot on stage for a place in the audience as she watched the quarter final of the Australian Open in Melbourne yesterday. The sports fan looked like she was having a great time as she laughed in the crowd. Lily's been chatting with audiences during her own concerts Down Under, and having revealed she wants a baby she also confirmed at her gig in Flemington that it was one of her last ever concerts. It sounds like her upcoming performance at the Brit Awards really will be one of her last music appearances for the foreseeable future: are you sad to see her go? 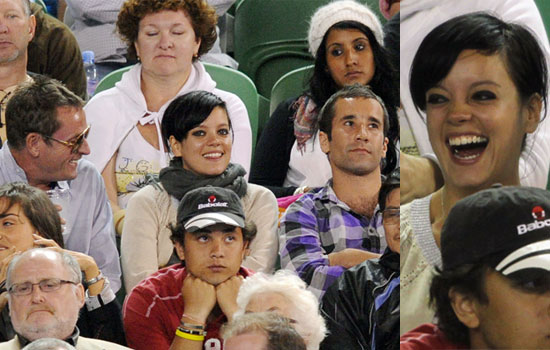 To see more pictures of Lily at the tennis, read more.