Lily Allen continued her love affair with cricket by spending the weekend with boyfriend Sam Cooper at Lord's watching the One Day International between England and Australia. We know that Lily is a big fan of tweeting during the match, but she refrained from sharing her comments at yesterday's game, probably because Sam is fed up with her Twitter addiction. Lily's been making friends Down Under on the set of Neighbours, and she made more famous friends at the cricket, kissing Mick Jagger and carrying cups of tea past his Rolling Stones pal Charlie Watts plus Sir Tim Rice. Looks like a fun day all round, even though England lost. 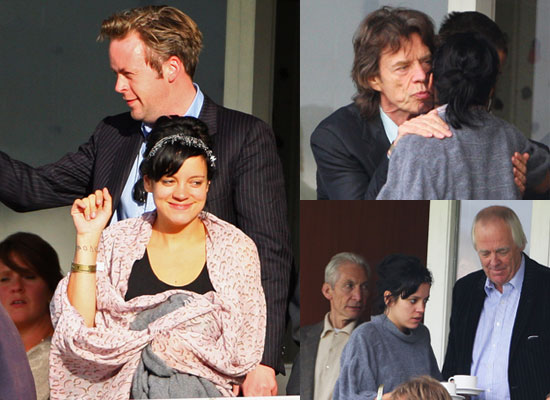 To see more pictures of Lily and friends at the cricket, just read more.