Lindsay Lohan was out in London again last night, making an appearance at the Cuckoo Club, where she partied until late. While leaving the club a security guard trying to escort her outside unfortunately hit her in the face — ouch! She spent the day in London after moving hotels in the morning, eating dinner at Zuma, and then going out to a club in the evening. The paparazzi and fan attention has been so persistent that she employed the use of a body double as a decoy to leave via a different door of her hotel, although it didn't appear that it worked! While she didn't seem to be searching for Samantha Ronson last night, the rumours that she's partly in town for that reason continue to buzz. What do you think — does Lindsay want Sam back? 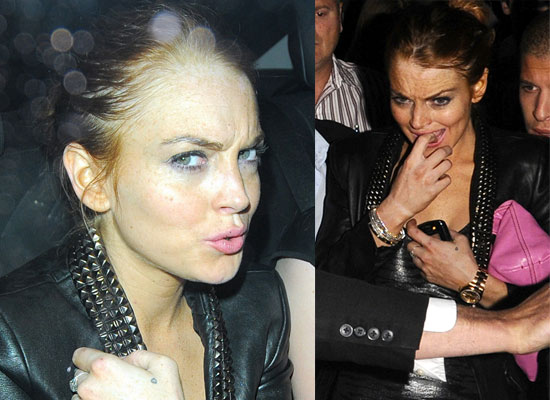