Lisa Kudrow and Natalie Portman brought their colourful outfits to Canada for the premiere of Love And Other Impossible Pursuits at the Toronto Film Festival yesterday. They were joined by costar Scott Cohen for the premiere and press conference for the film, of which Natalie is also an executive producer. It's great to see Lisa making movies again, as she has said TV offers women better roles than film. The fruits of her TV role as Phoebe in Friends are still making headlines, with "Smelly Cat" being reworked as a dance anthem, about which Lisa said: "That's fascinating — I can't wait to hear if it is any good. Because it is a good tune." 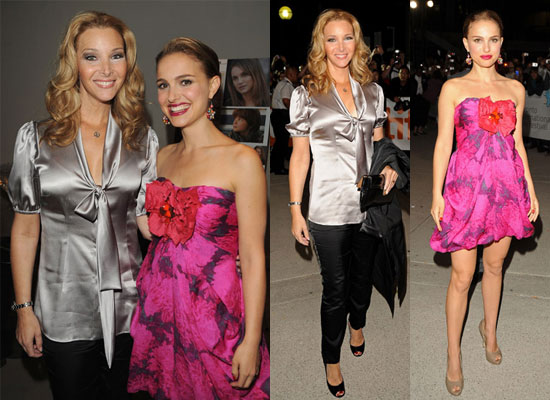