After being greeted at Heathrow Airport by Guy Ritchie on Sunday, Madonna continued to receive support from her UK-based friends as she dined at Cecconi's with pal Stella McCartney last night. Madonna managed a small smile yesterday, and is remaining determined after her adoption bid was denied last week, filing an appeal against the decision. Meanwhile, Madonna's help is being sought by the mayor of Pacentro, the Italian town affected by an earthquake, and the home town of Madonna's paternal grandparents until 1919. 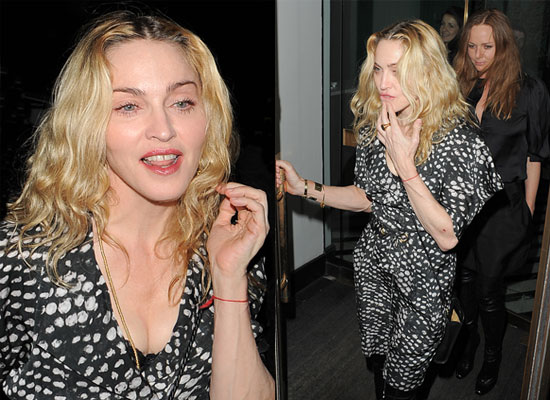