Madonna performed her penultimate Sticky and Sweet show in Tel Aviv last night, as her "Celebration" video with Jesus and Lourdes premiered: check it out after the jump and vote on whether it's so hot or so blah. She appeared on top form at the concert as she sang to 50,000 fans and called the country the "energy centre of the world", but at her weekend show in Bulgaria she collapsed on stage twice. Madonna will be able to take a well-deserved rest soon though, as she is due to wrap up her world tour with a final show in Israel tonight. She's already turning her attention to her musical film project Wallis, and reportedly wants Cate Blanchett and David Tennant to play the parts of Wallis Simpson and Edward VIII. Sounds exciting! 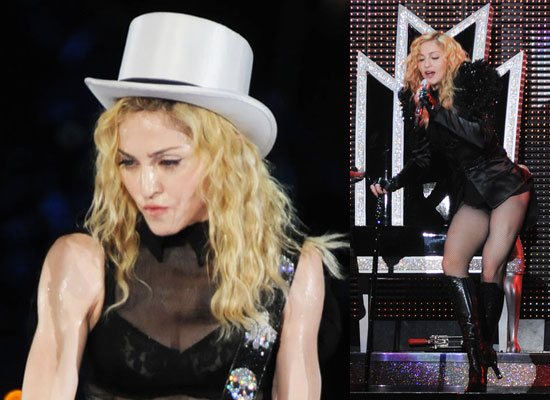 To see Madonna, Jesus and Lourdes do their thing in the "Celebration" video, just read more.