Dominic Cooper and Amanda Seyfried spent their date night out at Nobu last night in London, and left in high spirits. They were laughing as they made their way outside to the cab, and once inside the safety of the car their giggle fits continued — it's great to see them looking so happy! We'll see Dominic Cooper playing husband to Girls Aloud's Sarah Harding in new financial crisis drama Freefall, which airs on BBC1 soon, while Amanda has a plethora of projects bringing her back to the big screen, including Diablo Cody's new movie Jennifer's Body. Back in the real world though, aren't they an adorable couple? 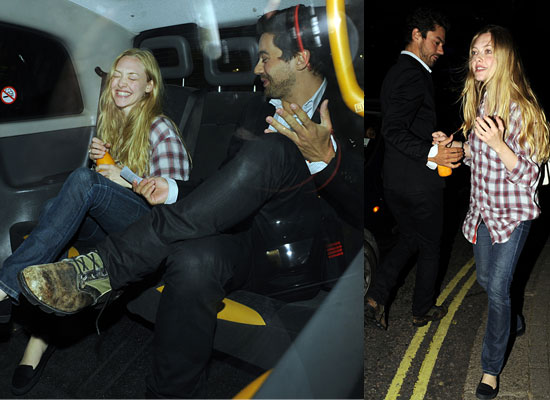