It seems to be a case of life imitating art for Mamma Mia stars Dominic Cooper and Amanda Seyfried, who left London club Mahiki in a cab together last night. According to The Daily Mail, a fellow clubgoer said: "They were kissing and holding hands, and being very tactile with each other". Both were in relationships during filming in 2007, but in an interview last June Amanda admitted she "felt something in [her] heart" for Dominic and ended her relationship. Dominic and his partner ended their 12 year relationship last September, which Dominic said was because he'd "spent too many hours concentrating on [his] career. It's very tough on a relationship". Dominic looks very happy with his personal life, and his professional life is soaring too, with his return to the London stage, opposite Helen Mirren in Phedre, scheduled for June. 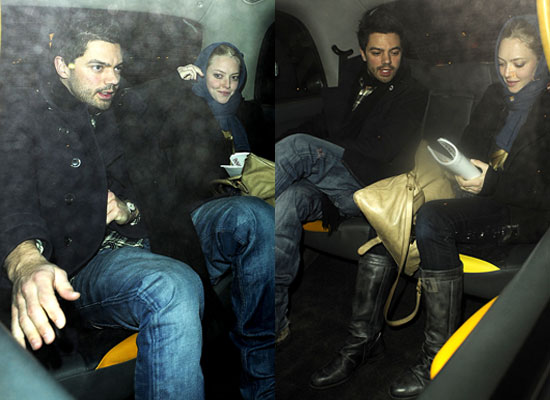