Take That were in the Netherlands at the weekend for some promotional appearances on TV, and managed to make a basic promo shot look rather amusing! The boys are back together as a band following Gary Barlow's recent climb of Mount Kilimanjaro for Comic Relief, and Gary appeared alongside bandmates Mark Owen, Jason Orange and Howard Donald on the live telethon on Friday. They performed two songs during the night — most recent single "Up All Night", and album track "The Garden" which you can check out below. Enjoy! 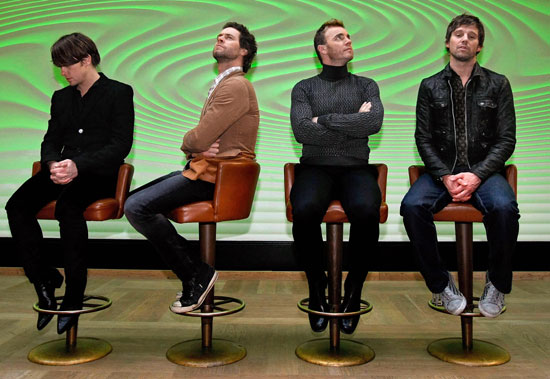