Mark Ronson and his girlfriend Tennessee Thomas — she's a drummer in The Like — engaged in a PDA in front of a London pub on Sunday while they had a couple of drinks on the picnic benches outside. Their animated conversation led to Mark making some rather amusing faces as they sat and chatted, hugged and kissed outside, making the most of the lovely weekend weather. Mark's currently working hard in the studio, producing Duran Duran's upcoming album, a career highlight for him as he's said they're the only band he ever idolised, and admitted "[I] used to take a picture of John Taylor with me to the barber shop". I wonder whose photo he takes now! 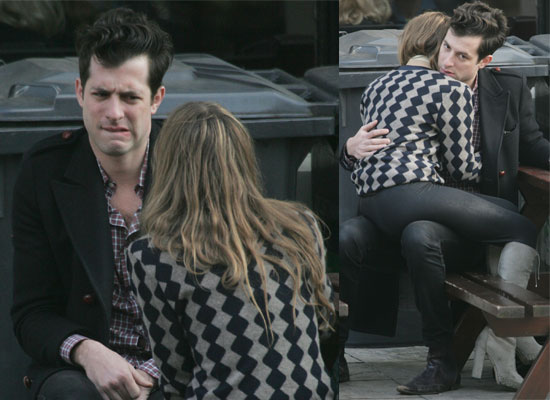