Mary-Kate and Ashley Olsen have been busy in Canada over the past few days, dropping by Holt and Renfrew to show off their Elizabeth and James clothing line at the beginning of the week. Yesterday they appeared in Toronto on MuchMusic to promote their range, looking a lot more colourful than they had during their earlier promotion. Do you own any of the Olsens' clothing? Would you buy it because they're behind it? Let me know! 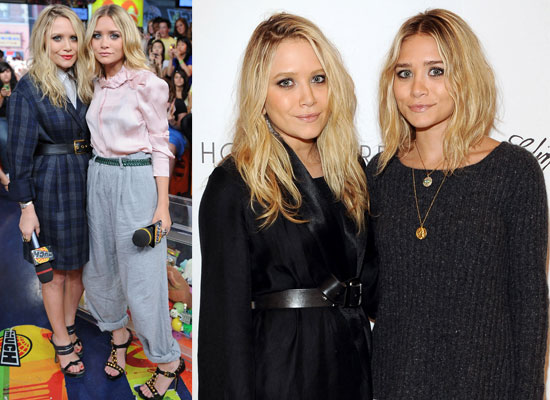 To see more photos of the twins out and about, just read more.