Peaches Geldof hosted a launch party for her new PPQ line in London last night, which was attended by lovely Mathew Horne, as well as Peaches' husband Max Drummey. Mathew's got lots coming up with sketch show Horne and Corden in the new year, and he also recently announced that he will be joining the likes of Gareth Gates and Graham Norton in the West End next year. He'll star opposite Imelda Staunton in Entertaining Mr Sloane from January to April 2009. Meanwhile Peaches still has her controversial Nylon column, the second of which was published online last week, and is still attracting more negative than positive ratings. In this one she claims she doesn't follow fashion, which is a strange thing to say when you're launching a fashion line. Check out her writing and let me know what you think! 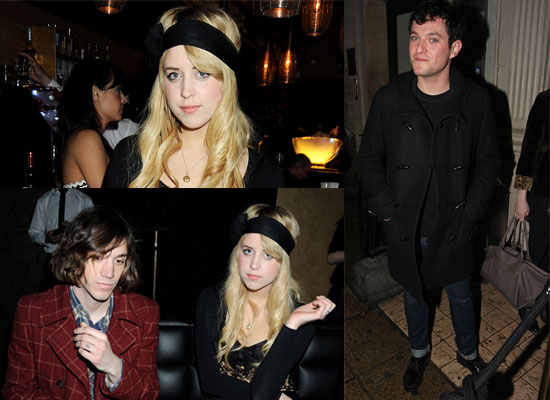