Matt Damon was casually bundled up against the cold out in Mayfair, London over the weekend, against the backdrop of the capital's magical Christmas lights. He's still over here working on the movie Green Zone, which means we're getting lots of peeks at him in the UK as he socialises in his down time. His next movie will be The Human Factor which will be directed by Clint Eastwood and will costar Morgan Freeman, and examines the life of Nelson Mandela after the fall of apartheid, as South Africa hosts a rugby tournament. I'm looking forward to that one, but seeing gorgeous Matt on the big screen in any movie is certainly never a bad thing! 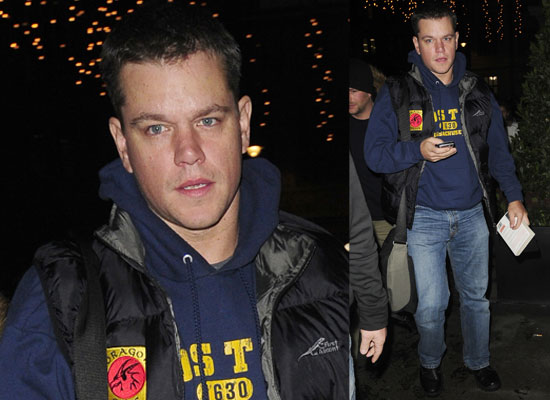