Matt Smith and Karen Gillan are in America at the moment, promoting Doctor Who. Last night they did a promotional appearance at the Apple Store in Soho, New York talking about the show. Karen and Matt shared some jokes as they discussed what was coming up for the new incarnation of The Doctor and his assistant Amy, which is currently airing on UK screens on Saturdays. Earlier this week the pair were at the Paley Center in the city, where Karen looked gorgeous in a jumpsuit and both of them chatted about their excitement for the series backstage. Check out the video under the cut and let me know what you think! 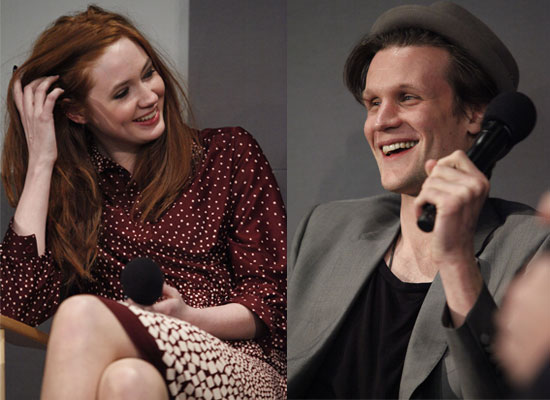 To see more photos and an interview with Matt and Karen in the US, just read more.