Those handsome boys from McFly have been touring the UK recently — check out these amazing live photos of their Manchester gig — and are now taking a well earned break before they head off to Brazil at the end of the month. You may have spotted them on Hollyoaks last week, while Dougie Poynter was rather miffed after seeing it, tweeting, "Dude, they cut my line from hollyoaks! My line was:.....no way.... It's Just My Luck all over again" Poor Dougie! 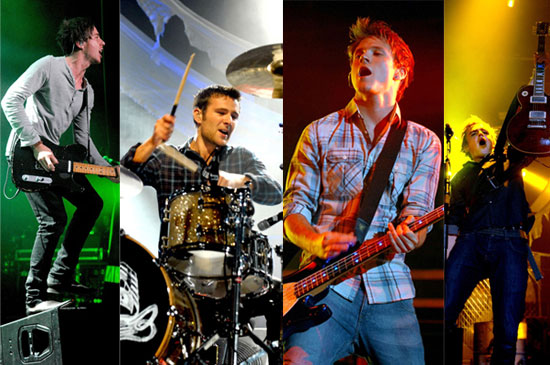 It's an exciting time for the band as they have their Radio:Active Live At Wembley DVD being released today, a handful of TV appearances before they leave for Brazil, and then some UK dates when they return, including the Isle of Wight festival. If this isn't enough for you and you want a minute by minute update on what the boys are up to, you can follow the lovely Tom, Harry, Dougie and Danny on Twitter too!