The Costume Institute Gala at the Met in New York City was full of A-list stars last night. Tons of British celebs joined American friends for the fashionable event, with Alexa Chung standing out from the crowd in her trouser suit. Emma Watson unsurprisingly went for Burberry and looked gorgeous in her long white dress, while Carey Mulligan opted for a short number in her purple Miu Miu. Sienna Miller was classic in black Pucci and was joined by Jude Law on the red carpet. Let FabUK know who you think is the best dressed Brit. 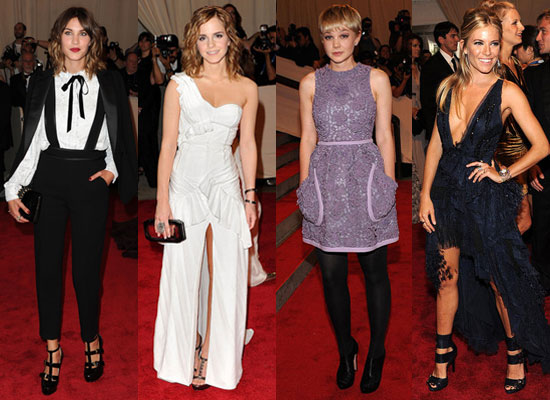 Thandie Newton went floor length and fabulous in her purple gown, while Rosie Huntington-Whitely left the side of her new beau Jason Statham to stun in a strapless nude number. Rachel Weisz also went strapless but brought a pop of bright pink to the red carpet, and Anna Wintour was ever the classy Brit in her shimmering silver dress. 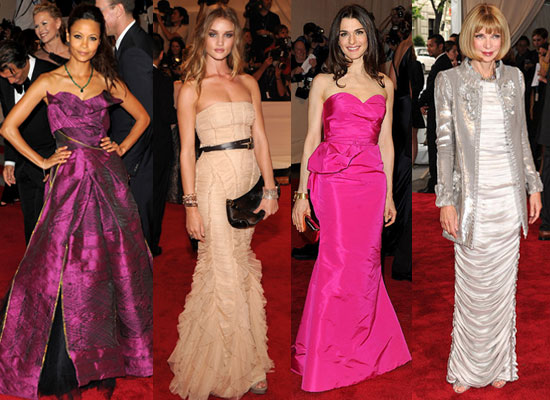 The was a whole assortment of different colours on the red carpet, but black and pale were big favourites. Kristen Stewart went to the dark side in Chanel, while Katy Perry went light and glow in the dark! Emilie de Ravin opted for short and nude while Taylor Swift was long and white. Remember to vote on all of Fab US and Bella US's polls, and click through to see our huge gallery of photos of all the stars! 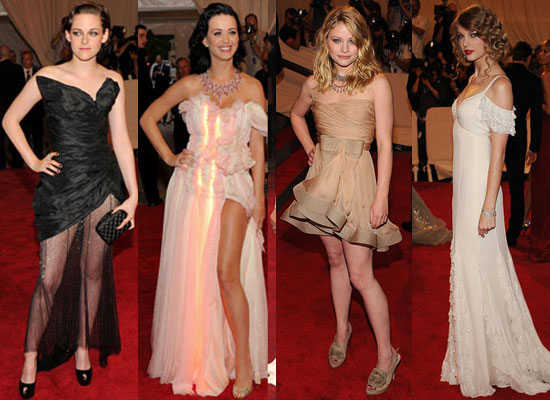