Perhaps Michael Jackson was looking for tour costumes when he shopped at Dior and Dolce & Gabbana with collaborator Christian Audigier on Rodeo Drive at the weekend, as the King of Pop is apparently returning to the stage. Sky News reports exclusively that Michael has exchanged contracts with London's O2 Arena for a summer residency. It is thought the official announcement will be made on Thursday, and sources say these concerts are the only live shows he is planning. It would be quite the money-spinner, as Michael could play to approximately half a million fans and generate up to £50million. I'd love to know what you think, so vote below and tell me: would you watch Michael Jackson at an O2 residency? 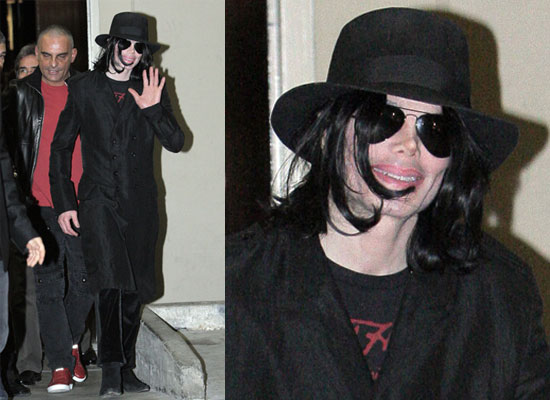