Michelle Heaton became the third housemate to be evicted from Celebrity Big Brother last night in a surprise eviction for the housemates. She was up against Ulrika, having been nominated by Coolio, La Toya and Tommy, and was kicked out of the house with 67% of the public vote. She was met by a booing crowd and a cuddling Davina who asked her about Ben, but Michelle continued to claim it's just platonic and that Ben reminds her of her ex-husband, Andy Scott-Lee. Michelle said she has nothing bad to say about Andy, but unfortunately he's been bad mouthing her in the press. Tut tut. 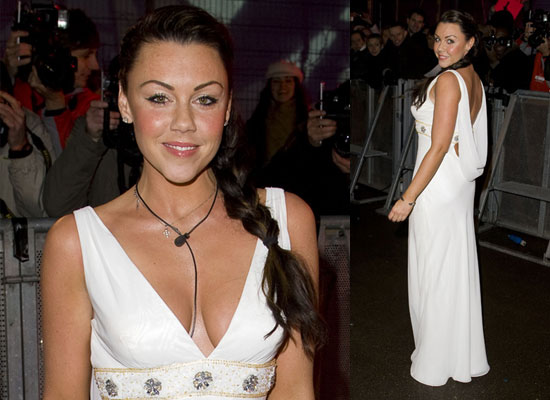 The female celebrities have proved to be most unpopular this year, with Lucy and Tina the other two housemates to be evicted. So it's now time to vote for your favourite to win, with another two evictions planned for tomorrow before Friday's finale.