In addition to all of those well-dressed women at the Royal Opera House in London last night, the men of the acting world also rose to the glittering occasion and got suited and booted for the 2009 BAFTA Awards. Best Actor recipient Mickey Rourke jazzed up his outfit with accessories and satin while Brad Pitt went for classic elegance in his dickie bow. Orange Rising Star winner Noel Clarke and nominee Toby Kebbell looked dapper in their threads, while Dominic Cooper and Nicholas Hoult smiled wide as they supported their fellow actors. Check out the all winners and vote on FabUK and BellaUK's love it or hate it polls! 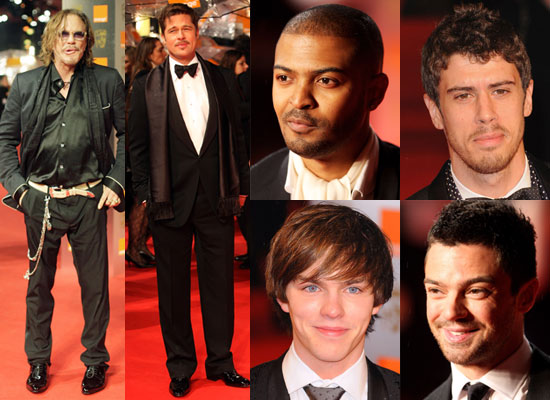