Minnie Driver held baby Henry Story close as she enjoyed a stroll on the beach in Malibu yesterday. Having wrapped up filming on the aptly named Motherhood before she gave birth, Minnie has now set her sights on her next project: Betty Anne Waters. She'll play Hilary Swank's friend in the legal drama, which is based on the true story of a woman who spent ten years getting a law degree and working to prove the innocence of her brother, who was sentenced to life in prison for a murder-robbery. With such an appropriate middle name, Henry will no doubt be a captive audience should Minnie need to practice her lines. 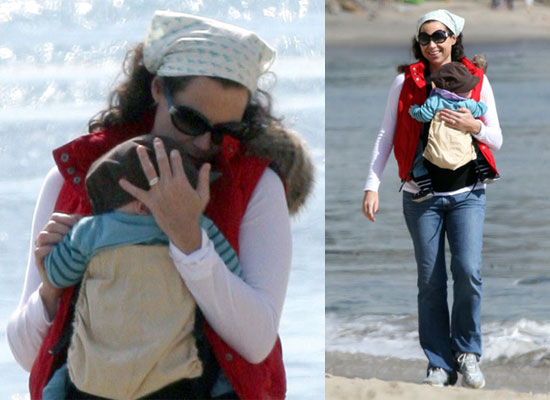