Mischa Barton was discharged from hospital earlier this week after she was put under involuntary psychiatric hold a fortnight ago. Last night she was spotted at JFK airport in New York after flying in from Los Angeles to start work on her new TV series The Beautiful Life, in which she will star alongside Corbin Bleu and Sara Paxton. She was accompanied by her adorable dog at the airport, and looked clear skinned and relaxed as she walked through the terminal. The new show is all about models and Fab's taken a preview look at the fashion in the series which will air on US screens in the Autumn. It should make it across the pond next year if it's a success. 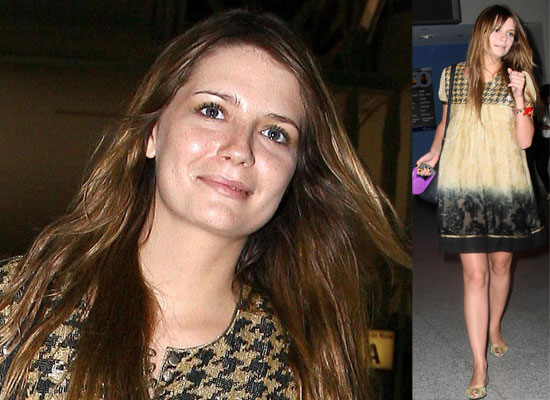