Following her naked cover and photoshoot for Cosmopolitan magazine, Mischa Barton covered up to spend a sunny Sunday in Camden, London with Pixie Geldof and a group of their friends. Mischa has just finished up shooting a pilot for a new TV series in the US called A Beautiful Life — it's produced by Ashton Kutcher, the cast also includes Corbin Bleu and Sara Paxton, and it follows the lives of a group of models living in Manhattan. While Mischa waits to hear whether it will make it to a full series, and onto US TV screens in the Autumn, she's been hanging out with her London pals in the sporadic British sun! 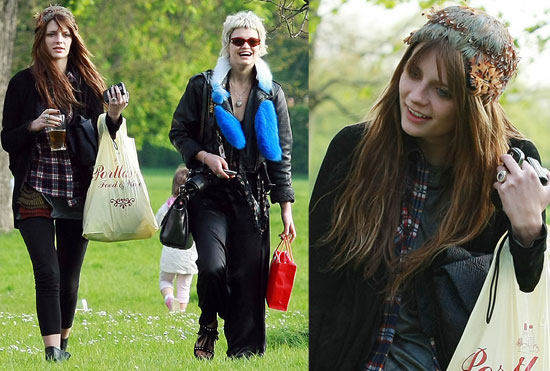